🔥 Each day you wait to prepare, you’re 1 day closer to the next event! Call 911 Shopper before it’s too late! 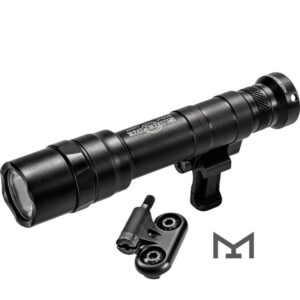 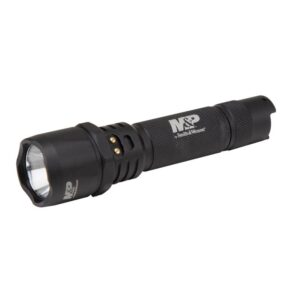 Only 8 items left in stock!

Questions? Request a Call Back

Request a call back

The new Dual Fuel Scout Light Pro is the ultimate single-output WeaponLight, uniting the combat-proven elements of the M600DF Scout Light with SureFire’s new Low-Profile Mount (LPM).The LPM delivers unprecedented versatility by allowing the user to optimize the light’s position relative to the rail. Rugged and reliable, the LPM can be easily and securely attached to any MIL-STD-1913 or M-LOK rail. The Scout Light Pro Dual Fuel features a recoil-proof, ultra-high-output LED that delivers 1,200 lumens of blinding white light with 123A batteries and 1,500 lumens of light with the SF18650B* rechargeable lithium-ion battery. A proprietary Total Internal Reflection (TIR) lens shapes the recoilproof LED’s light into a beam with plenty of reach but enough surround light to accommodate peripheral vision, making the Scout Light Pro Dual Fuel ideal for close- to longer-range applications. A slight press of the Z68 tailcap switch will activate the momentary-on, while fully depressing the tailcap until it clicks will activate constant-on. Constructed of lightweight aerospace aluminum with a Mil-Spec Hard-Anodized finish, and O-ring sealed to keep out the elements, the rugged and lightweight Scout Light Pro Dual Fuel will endure combat-like conditions without any sacrifice in weapon maneuverability.

There are no reviews yet.

Enter This Coupon Code At Checkout: